How to spot a collective investment scheme 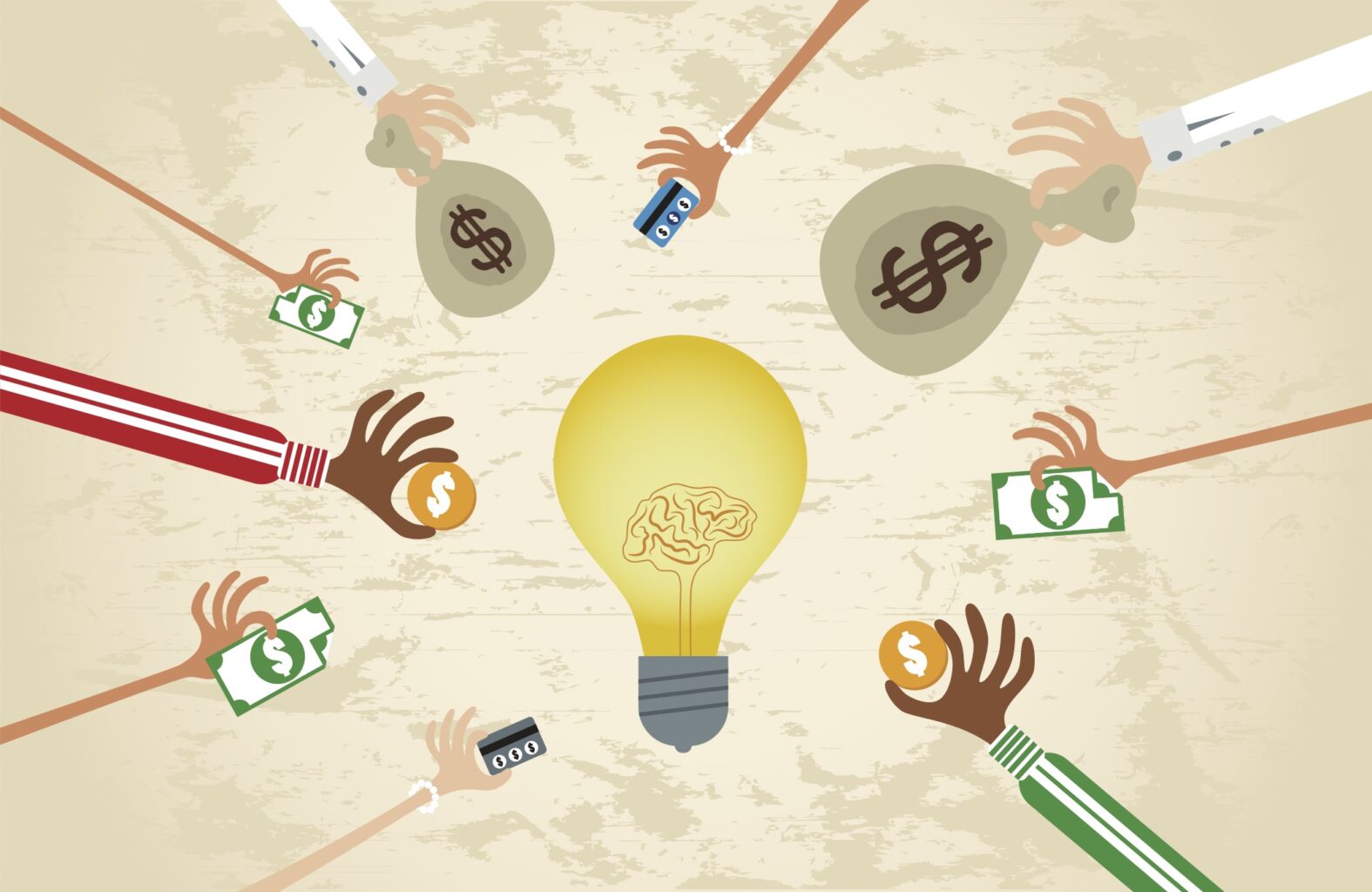 Kyria Mputu-Mombo breaks down the constituent parts of a ‘collective investment scheme’ as a short guide to understanding how such schemes can be structured and how they are regulated in the UK.

Collective investment schemes (“CIS”) are the name given to a wide assortment of arrangements where capital is pooled by a group of passive investors and invested by a third party manager in a range of asset types, from equities and fixed-income instruments to property and fine wine (according to the investment policy of the manager). This pooling of resources in a collective vehicle can provide an array of benefits to those investors, including diversification of their portfolios, achieving access to underlying investments which are otherwise inaccessible, and reducing overall transaction costs per investment made.

Investment in a legitimate CIS can carry significant risk, particularly where the asset class is illiquid or difficult to value accurately. There is also the risk posed by nefarious scheme operators. Last year, the Financial Conduct Authority (the “FCA”) obtained High Court approval for a scheme to return £2.5 million to compensate victims of a series of unauthorised CISs involved in the unlawful selling of plots of land. More recently, approximately £3.4 million was returned to victims of unauthorised CISs which purported to involve the online purchase of wholesale goods from China for onward sale and which promised unrealistically high returns, in some cases up to 100% of the amounts originally invested by participants.

In both cases, the FCA alleged that the defendants had attempted to structure their schemes in order to fall outside the scope of relevant CIS regulations and that they were in fact illegally both operating and promoting a CIS within the meaning of the Financial Services and Markets Act 2000 (“FSMA”) without being authorised to do so.

On the other end of the spectrum, some of the most popular (and generally safe) investments in the UK are structured as CIS. According to the Investment Association’s recent annual survey, unit trusts and open-ended investment companies (‘OEICs’) (both forms of CISs) still make up the largest part of the UK retail fund market (see chart 66 at page 89) and are a firm favourite of retail investors and IFAs. Limited partnerships, also a form of CIS, likewise remain the de facto choice of vehicle for private equity and venture capital funds.

So, how does one spot a CIS and how are they regulated?

Under section 235 of FSMA a ‘collective investment scheme’ is defined as:

“any arrangement with respect to property of any description, the purpose or effect of which is to enable persons taking part in the arrangements to receive profits or income arising from the property in the scheme.”

Investors (i.e. the ‘persons taking part in the arrangements’) must also not have day-to-day control over the management of the ‘property’ and the arrangement must have either one or both of the following characteristics:

(a) a pooling of the contributions of the investors, or the income out of which payments are to be made to investors; and/or

(b) the management as a whole of the property by or on behalf of the operator of the scheme.

Breaking down the terminology

The term “arrangement” is very wide in scope. Examples of arrangements may include contracts, partnerships, a trust or a company or even just oral agreements. No contractual or legally binding agreement is required but any understanding shared between the parties as to how a scheme is to operate is crucial.

Close attention should therefore be paid to the substance of the commercial arrangements between the parties involved, as well as their course of conduct in connection with the arrangements.

For the purposes of section 235, ‘property’ can be anything that enables the investors in the scheme to benefit from its acquisition, management, holding or disposal. Common examples of property include cash, financial instruments, commercial and residential property and art.

Day-to-day control over the management of the property

The term ‘pooling’ will commonly involve the blending or mixing of assets, or collective beneficial ownership of assets in a common account where, for example, the contributions of a number of investors (often cash), and the profits or income from those contributions, are pooled pending distribution.

Management as a whole

Whether this condition is satisfied will require an overall assessment of the context of the arrangements and the facts in question, but if an investment does not afford investors their own individual property, and the return produced by one property is not distinct from the return of other property in the investment portfolio, this may indicate that the scheme is in substance a CIS.

Since the act of ‘establishing, operating or winding up a collective investment scheme’ is a specific regulated activity for the purpose of the FSMA (Regulated Activities) Order 2001 (SI 2001/544) (RAO), at first blush all CIS in the UK are regulated in some shape or form.

However, only certain types of CIS may be promoted to retail customers in the UK, and for those CIS the managers (and depositaries where relevant) must first apply to the FCA for permission to establish the CIS in question. Those ‘authorised’ CIS include authorised unit trusts (AUTs), investment companies with variable capital (ICVCs or OEICs), authorised contractual schemes and recognised schemes (i.e. overseas CIS permitted to operate in the UK). These types of schemes are heavily regulated and are subject to several restrictions in terms of their investment powers and requirements as to their governance and structure. FCA rules governing the operation of authorised CIS are set out in the Collective Investment Scheme Sourcebook (COLL) which is part of the FCA Handbook.

All other CIS are then categorised as ‘unregulated’ CIS (and may not be marketed to retail investors (“UCIS”)). UCIS are therefore popular with managers who have investment strategies which would not work if fettered by the rules applicable to ‘regulated’ CIS (or example, private equity and venture capital fund managers).

Managers of UCIS will still be required to first seek authorisation from the FCA to receive the relevant permissions to operate their UCIS (including the permission to establish, operate or wind up a CIS mentioned above), and additionally the promotion of any UCIS is also heavily restricted (see s238 FSMA and also the FSMA (Promotion of Collective Investment Schemes) (Exemptions) Order 2001 (SI 2001/1060)).

When assessing the extent to which a particular CIS structure is regulated, one should always consider whether such arrangement is also caught by the UK’s implementation of the Alternative Investment Fund Manager Directive (‘AIMFR’) (and whether the structure is categorised as an ‘AIF’). Invariably, many CIS also constitute AIFs and so are subject to various requirements imposed by the AIFMR (which are outside the scope of this article). Notably however, if a firm already has permission to manage an AIF, then it is excluded from being required to also hold the ‘establishing, operating or winding up a CIS’ permission.

There are 21 arrangements in total which are specified in the FSMA (Collective Investment Schemes) Order 2001 as not giving rise to a CIS, with some of the most common arrangements being:

Arrangements which consist of the management of a portfolio of investments or other such property for and on behalf of individual investors are not considered collective investment scheme. Typically, there is no pooling of capital or property and management arrangements are run on a client-by-client basis. Individual investors are usually entitled to also withdraw their invested capital at any time.

An ‘EIS fund’ has no legal personality, instead each individual investor enters into a discretionary investment management agreement with a fund manager. The EIS fund is therefore made up of the various portfolios of shares beneficially held by individual investors in those investee companies. For the exemption to apply however, the arrangements must (among other things) relate to shares and allow each participant certain withdrawal rights in respect of her invested capital.

The nature of many bodies corporate means that they would, in most if not all circumstances, come within the definition of a CIS.

However, the legislation specifically acts to exclude from being a CIS bodies corporate unless they are either structured as a limited liability partnership or an open-ended investment company (an ‘OEIC’). PERG 9 of the FCA Handbook provides detailed guidance on whether a body corporate is an OEIC or not.

As demonstrated, the baseline definition of a CIS in FSMA is intentionally broad. If an arrangement is a CIS, then unless the relevant arrangements are covered by an exemption, the CIS manager will require FCA authorisation before they can establish, operate (and wind-up) such a scheme and will be committing an offence if they fail to obtain this.

It is therefore of importance that those considering setting up any sort of joint investment, co-ownership, profit share or other collective arrangement should seek legal advice at the outset as to whether or not such arrangements amount to a CIS to ensure that the activity of ‘establishing, operating or winding up a CIS’ is not unwittingly carried on without appropriate authorisation under FSMA.