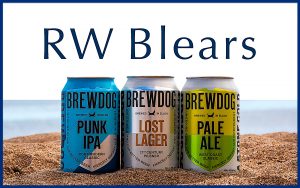 Since 2009, BrewDog has raised over £84 million of funding through its wildly successful Equity for Punks crowdfunding rounds and bond issues. In the wake of the launch of the brewer’s final UK instalment, Equity for Punks Tomorrow, Frank Daly and Ollie Blears (who together with Christopher Spencer advised BrewDog on the raise) explore why the model has been so successful and suitable to BrewDog, why a direct-to-consumer campaign can be an attractive funding option for high growth companies and the practicalities and considerations to have in mind before embarking on such a route to market.

AT THE TIME, selling shares in your company directly to your customers was a radical financing model. Yet in October 2009, just two years after the Ellon-based brewer’s first commercial sale, BrewDog co-founders James Watt and Martin Dickie decided to look beyond the bootstrapping and the bank loans and succeeded in raising £750,000 from 1,330 individual investors. In their own words, BrewDog’s “anti-business business model was born”.

Fast forward to September 2020, and five further UK equity crowdfunding rounds later, Equity for Punks Tomorrow launched with its sustainable mission statement to raise up to £7.5 million for an environmentally-focused future. The previous month, BrewDog had announced that the business had achieved carbon negativity and in a year when the hospitality and brewing industry has been turned on its head, the Equity for Punks investment projects are decidedly forward-looking (including wind-powered breweries, waste-water anaerobic digesters and electric delivery fleets).

BrewDog has stated publicly that Equity for Punks Tomorrow will be its last UK equity crowdfunding round, and thus the raise and its admirable eco-ambitions is a fitting last dance with the model before BrewDog focuses on other financing initiatives to remain a defensible independent global brewer. So, the timing is appropriate to take a look back at how the ‘anti-business business model’ worked so successfully for BrewDog in the past decade, those attributes of the company which lent themselves particularly well to the regular campaigns and how other companies might seek to emulate the approach at a time when community support for businesses from their customers is sorely needed.

The promise of the chance for everyday investors to invest in attractive private companies has been delivered on in recent years by a quickly maturing marketplace and an accommodating set of regulations. In parallel to the ‘go-it-alone’ cadre of companies such as BrewDog, mainstream online crowdfunding platforms have struck a chord with the general public with their ease of accessibility and low barriers to entry (a £10 minimum investment is typical), evidenced by the news earlier this month that the two market leaders, CrowdCube and Seedrs, will merge next year to become “one of the world’s largest private equity marketplaces” (Sifted, 5 October 2020). Beauhurst do an excellent job in reporting on the maturation of the platform-led model in their recent “The State of UK Crowdfunding 2020” report which can be accessed here.

The alternative to the platform approach is the direct offer model, and specific to everyday investors it comes in two forms. The FCA-approved prospectus route and the prospectus-exempted route.

The Prospectus route (aka the ‘BrewDog route’)

Under EU and UK regulation, transferable securities (which includes shares in a private company) may only be advertised and sold to the general public following the prior publication of a prospectus approved by the issuer’s home state competent authority (in BrewDog’s case and for our purposes, the Financial Conduct Authority (‘FCA’)). Well in advance of any formal marketing of the crowdfunding campaign, prospective issuers submit to a regulatory approval process and timeline very similar to that required were they to be applying for a listing on a regulated market but which, all being well, grants them a regulated offering which they are then at liberty to market to everyday investors in other EU states via the passporting regime (although clearly for UK-based issuers, watch this space come 31 December 2020).

What does an FCA-approved prospectus look like? For direct offers, it can either be drawn up as a single document or be split into three separate documents; a securities note (often used as a front-end glossy marketing brochure), a summary (key information relevant to the offered shares drafted in non-technical language) and a registration document (background information related to the issuer itself). For ease of quick reference, the Equity for Punks Tomorrow prospectus is accessible here. The FCA’s (and by extension the EU authorities’) view is that with all the relevant and verified information in one place, everyday investors can then make an informed investment decision with a very low risk of being misled out of their money by a misrepresented offer.

Once given the green light by the FCA, the issuer ‘launches’ the campaign on their proprietary online investment platform where the prospectus will be available for download and interested investors can apply to subscribe for shares, with the end-to-end subscription and settlement process achieved entirely digitally. Prospectus’ are valid for a maximum 12-month period by which point (if the issuer has not hit its advertised target raise), the campaign formally closes.

The obvious advantage of going down this exempted route for prospective issuers is the ability to bypass the length and cost of the FCA approval process. It’s therefore much nimbler in execution of launch whilst still retaining the key attractions of a digitally-led branded investment platform. The long-form prospectus is out and is replaced by a prospectus-lite offer document (more akin to a typical investment deck).

So, what’s the catch?

Well, it’s not so much the €8 million ceiling as this is still a hefty sum for most private companies in their growth phase. Likewise, while there are geographical restrictions to consider since the benefits of the prospectus passporting regime are off-limits, many companies have a UK-centric customer base anyway and passporting is set to become more challenging once Brexit finally goes through.

The biggest challenge for many is actually the UK’s restrictions on financial promotions. Any person wishing to invite or induce an ordinary member of the public to engage in investment activity (such as subscribing for shares) must either (a) be a firm authorised and regulated by the FCA or (b) pay such a firm for their approval. The vast majority of companies looking to fundraise, even in the FinTech space, won’t be FCA authorised and so are left with the option of paying a third party to approve their marketing documents. The number of authorised firms who can approve financial promotions (currently all of them can) is also set to be limited by the FCA following recent scandals in the mini-bond sector led to serious concerns about poorly verified and misleading promotions finding their way into the hands of inexperienced ‘retail’ investors.

The net of the financial promotion regime is cast wide, capturing essentially all promotional materials related to an offer campaign save for very basic image advertising. This will likely include the campaign investment platform, offer document and any videos, blogs or social media posts published at the time of the campaign launch or whilst the campaign is live, all of which will be required to include proportionate disclaimers to warn prospective investors, at the very least, that their invested capital will be at risk.

There is a further hurdle for non-prospectus crowdfunders going it alone. No matter how many flyers, banner ads and Tweets precede it, at some point, they will be required to produce a ‘direct offer financial promotion’ – essentially an application form to allow investors to subscribe. The FCA rules state that “direct offer financial promotions” for unlisted securities may only be made to the general public where an FCA-authorised person (either the approver of the promotion or another person who is arranging the investment) conducts an assessment of the suitability of the investment for that investor (or apply the slightly lower bar of an appropriateness assessment if prospective investors have been pre-certified as high net worth, sophisticated or a ‘restricted investor’). Clearly, carrying out a background financial health check on investors investing as little as £10 is clearly an unattractive prospect for most companies seeking to mass market their shares. Fortunately, most crowd investors will fall into the ‘restricted’ category (investing less than 10% of their wealth) allowing the lesser appropriateness test to be applied, usually through a questionnaire to assess their understanding of the investment risks. However, one major advantage of the ‘BrewDog route’ is that because the prospectus itself contains the direct offer, and is separately exempt from the financial promotion restriction, thus there is no need to conduct any further form of investor assessment. Care must of course be taken that investors may only subscribe via the Prospectus and not directly in response to other promotional materials.

The cost of engagement of an FCA-authorised firm to assist with such compliance services, including financial promotion approval and, if necessary, suitability checking, needs to be considered relative to the cost of the prospectus route. It’s worth noting that the financial promotion rules also still apply to promotional assets associated with a prospectus offer, so unless one’s advertising is entirely restricted to the prospectus itself (which would exclude multi-media campaigns), the involvement of an approving authorised firm is likely to be a requirement.

Our sister company, RW Blears Ventures, as an FCA-authorised firm, has assisted with a number of direct offers on the basis noted above and in conjunction with legal advice provided by RW Blears LLP (itself regulated by the SRA). 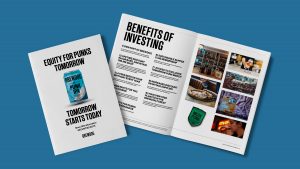 Advantages of the direct offer campaign

So why might a company looking to raise expansion capital choose the direct offer route over aligning themselves with a mainstream crowdfunding platform? Some of the defining merits based on our experience are listed as follows, and are applicable to both types of direct offer model unless stated otherwise:

Considerations to have in mind

Conversely, direct offer crowdfunding, like all capital-raising projects, is a serious commitment for companies and founders to embark on and there is much to be borne in mind in order to navigate a successful raise and avoid the pitfalls of a failed initiative, namely:

So how has the ‘anti-business business model’ aged in the eyes of one of its creators? According to Watt, “It’s an amazing business model because we don’t see [the Equity for Punks shareholders] as investors,” Watt says, “they’re advocates, they’re ambassadors, they’re on this journey with us. They’re the heart and soul of our business.”

The Equity for Punks shareholders currently own just over 18% of BrewDog, a figure that’s set to increase again by the time the raise closes for investment. As an alternative financing model for similar companies to consider, it’s clear that the direct offer approach has been proven as a viable candidate following BrewDog’s success, particularly since both the regulatory environment and digital infrastructure have advanced in spades since the advent of UK crowdfunding a decade ago. For those with an enviable combination of clear ambition, strong branding and a loyal customer base, going direct to consumer for the next stage of fundraising has a lot of attractions to consider. 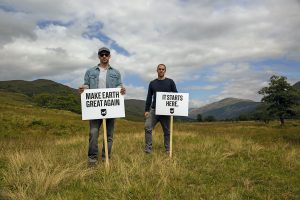 To find out more, feel free to get in touch with the team. Equity for Punks Tomorrow is currently live and the full prospectus can be accessed here.